The proposal for a
European Agency for Citizenship Education 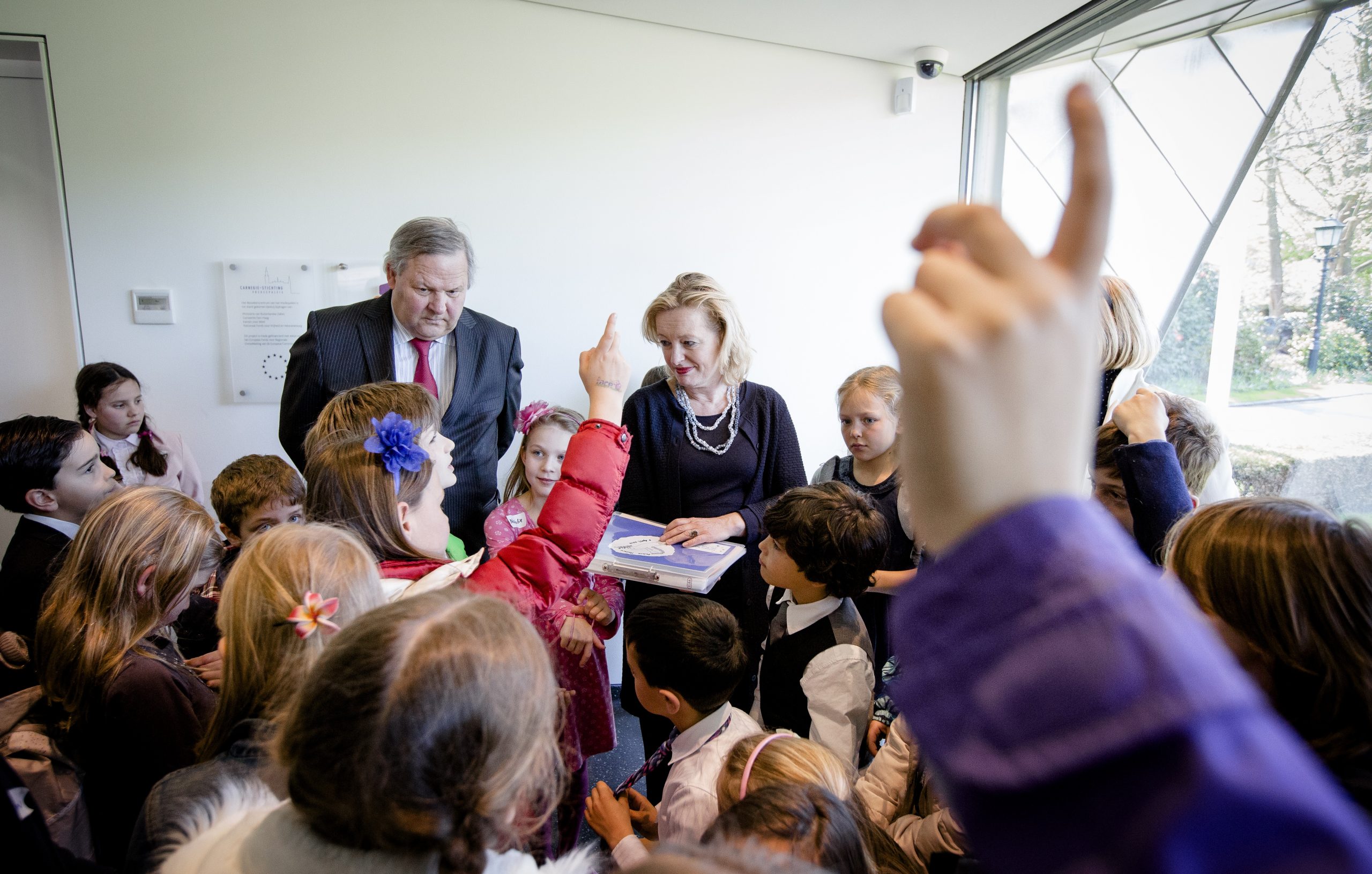 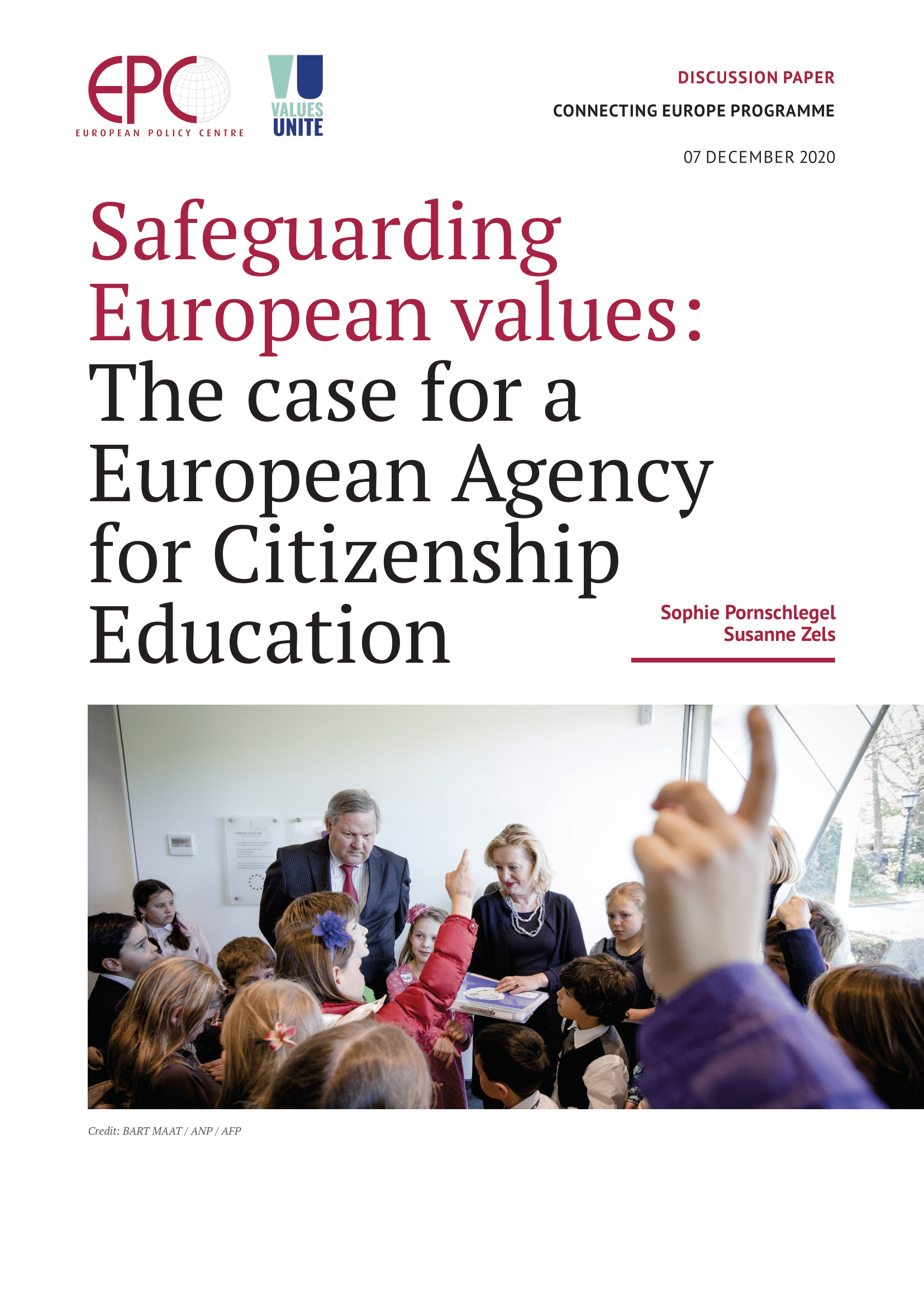 A European Agency for Citizenship Education would seek to improve the access to and the quality of citizenship education in all EU member states and support the development of a European dimension of citizenship education. The Agency would promote a comprehensive approach towards citizenship education, directed at all age groups, ethnic and socioeconomic backgrounds, and locations. Being needs-oriented, the Agency would focus on those areas and actors that require most support. In addition, it would foster innovative and digital learning methods, which have become especially relevant due to the new normal under COVID-19. The Agency would provide funding, learning materials, digital infrastructure and capacity building opportunities to educators. It would work in a decentralised manner and in close cooperation with local and regional actors, but also remain non-partisan and independent of governments and EU institutions’ political agenda.

Establishing an EU agency that focuses on citizenship education is an ambitious task. Several steps will be necessary to reach this goal, as the current political setup of the European Council is not likely to endorse the establishment of such an agency. National governments are reticent to push for more European action in education, despite regular declarations endorsing active citizenship in the Union. In the meantime, the EU should focus on investing in research and monitoring to better understand the state of play of citizenship education in Europe. The EU could also identify the necessary steps to establish such an agency by launching a Pilot Project and Preparatory Action, as part of the next Multiannual Financial Framework.

Improving the quality of citizenship education

Enhancing competencies, such as critical thinking and (digital) media literacy, is essential to strengthening democratic resilience in Europe. Disinformation campaigns and fake news are serious threats to social cohesion and democracy. The current COVID-19 context has further increased the need for digital and distance learning methods, which are likely to remain important in the future. The EACE would, therefore, focus on developing innovative and digital learning opportunities and improve citizens’ digital media literacy skills and help citizens to adapt to distance learning. This provides opportunities to overcome language barriers, set up learning programmes across borders and complement the EU’s existing initiatives in this field.

The agency focuses on European values as set out in Article 2 TEU and the EU Charter of Fundamental Rights.

The Agency is non-partisan.
It provides balanced information on different political, social and scientific positions on the relevant issues from across Europe.

Education programmes, content and methods should be oriented towards their target groups and cover the needs of various section of the population. The impact of the proposed programmes of the agency are monitored and evaluated on a rolling basis.

Establish and coordinate a grant-making mechanism for non-formal and informal citizenship education, supporting civil society across the EU that seeks to promote European values.

Provide capacity-building programmes on citizenship education for a range of different stakeholders and providing support on content and (digital) methods.

Provide teaching materials and practices on citizenship education for all age groups and in all EU languages in order to support citizenship education. This way, educators from across the EU will be supported through a large database of materials to use both in the classroom, but also in other (non- and informal) educational settings.

Establish a platform for mutual learning and the exchange of good practices for educators from across Europe.

The discussion paper was published in cooperation with the European Policy Centre (EPC), an independent, not-for-profit think tank dedicated to fostering European integration through analysis and debate, supporting and challenging decision-makers at all levels to make informed decisions based on evidence and analysis, and providing a platform for engaging partners, stakeholders and citizens in EU policy-making and in the debate about the future of Europe.